Sport, with or without coffee? 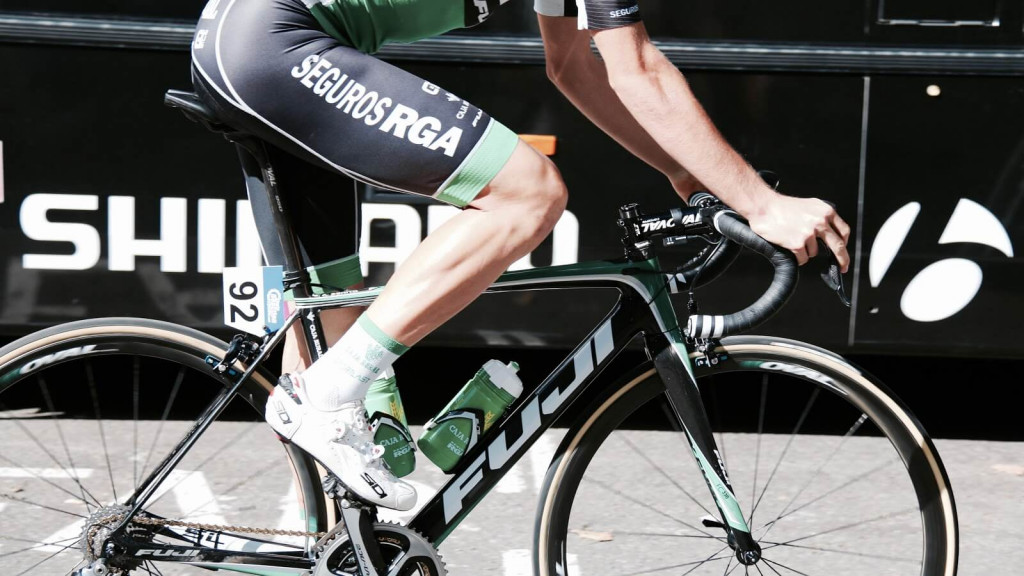 Do you know that many athletes have a little ritual of pouring themselves an espresso just before working out? If you do, then you probably do it too. But is it really okay to combine coffee and sport? We investigated for you!

Let’s start with a few detailed facts regarding our hypothesis: coffee contains caffeine, which is an alkaloid that acts as a stimulant and helps to reduce fatigue during exercise. It's also found in Coca-Cola, tea or chocolate.

According to the American Academy of Sleep Medicine, caffeine peaks in the blood after 30 to 60 minutes (one study found heightened alertness in just 10 minutes!). The body completely absorbs the molecule somewhere between 3 to 5 hours after consumption. Some people, especially those who don't consume caffeine regularly, are more sensitive than others to its effects.

Often used by athletes to improve their performance, caffeine has been on the World Anti-Doping Agency's list of banned products since 1999. They removed it from that same list in 2004, so it’s newly approved for competition.

How does coffee benefit athletes?

Many cyclists make a “coffee stop” during a long ride or after having climbed a challenging mountain pass to drink an espresso, always accompanied by a delicious piece of cake, tart or pastry!  In sports, the caffeine-carbohydrate combination allows muscles to produce glycogen at a higher rate. Glycogen is a molecule that stores carbohydrates, your primary fuel source during exercise.

But that's not all, it also helps to burn fat during exercise. Thermogenesis is one of the many powers of caffeine. The body becomes warmer after drinking a cup of coffee. As a result, for the same effort, you burn more calories. Pretty cool, eh, to sculpt your summer body faster?

Improved performance is already possible with a caffeine dose ranging from 1 to 6 mg / kg of your ideal weight. However, know that from 3 mg / kg of your ideal weight, its benefits deteriorate. Caffeine’s effects also depend on other components such as any food consumed and the quantity of water in the drink. The exact amount of caffeine present in a cup of coffee is therefore difficult to estimate. That’s why scientific analyses are only carried out on pure caffeine.

The science news site, Science Daily, recently featured an Australian study that showed that drinking up to six coffees a day can be detrimental to your health, increasing the risk of cardiovascular disease by 22%. So if you’re addicted to your three cups a day, you’ve got a little leeway. The only concern you might have during your workout is the need to make a trip to the loo! Like most drinks, coffee is diuretic.

What about caffeine-based energy drinks?

There are several trendy caffeinated energy beverages that claim to be sports drinks, but in reality, they aren’t that effective.

A Spanish study reveals that the dose of caffeine they typically contain is low and therefore does not increase neuromuscular performance. For example, an 80 kg athlete would have to drink at least 5 cans of Red Bull to see an improvement in his abilities. However, at this elevated dose, one can fear significant side effects (tremors, headaches, hypertension, cardiovascular risks).

How should I drink it to improve my performance?

Whatever coffee you like to drink, espresso or filter coffee, it can accompany you in your sporting exploits. Contrary to popular belief, an espresso contains only 75 mg of caffeine, while a cup of filtered coffee contains an average of 120 mg.

According to the European Food Safety Agency (efsa), one should not consume over 400 mg per day (Source: Creapharma).

So most athletes prefer to get their espresso with a Rocket Espresso. Only, nothing prevents them from sharing a Chemex coffee on their rest days.

Can I still enjoy a shot of espresso before my workout?

Whatever type of extraction you prefer, espresso or filter coffee, you can drink a cup of coffee an hour before your workout along with a source of carbohydrate.

It's advisable to limit yourself to 4 espressos per day (the equivalent of 3 cups of filter coffee) to reap any of its benefits during exercise. If you enjoy an endurance sport like cycling, drinking coffee is more effective than any energy drink.

Great news! You can continue to exercise your two passions: drinking coffee and playing sports.

Christoph Sauser, Founder of Horizonte Coffee and former World and Olympic Champion and 5-time Swiss National Champion in the sport of mountain biking

“Before I started roasting, coffee was always part of my competition routine. At hard events, I had as a ritual, like many mountain bikers, to drink one or two espressos one hour before the race. It was the perfect booster to be 100% ready when the starting gun went off. It helped me maintain a high intensity effort on long courses and stay focused on the technical parts throughout the race. Today, after leaving professional cycling to become a coffee roaster, I still make it a point to enjoy a double espresso before my rides.” 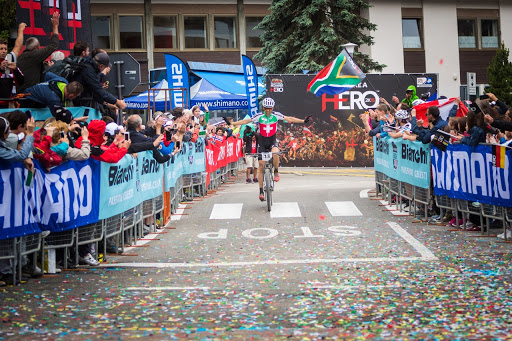 Discover the story of Horizonte >

“When preparing for long distance triathlon competitions like the Ironman, we used to have coffee after our swim sessions or other hard training to recover. We rarely stop for coffee on a trip since most of the coffee served on the road just isn’t worth it. But when I know the coffee will be good, there’s always time to take a coffee break!” 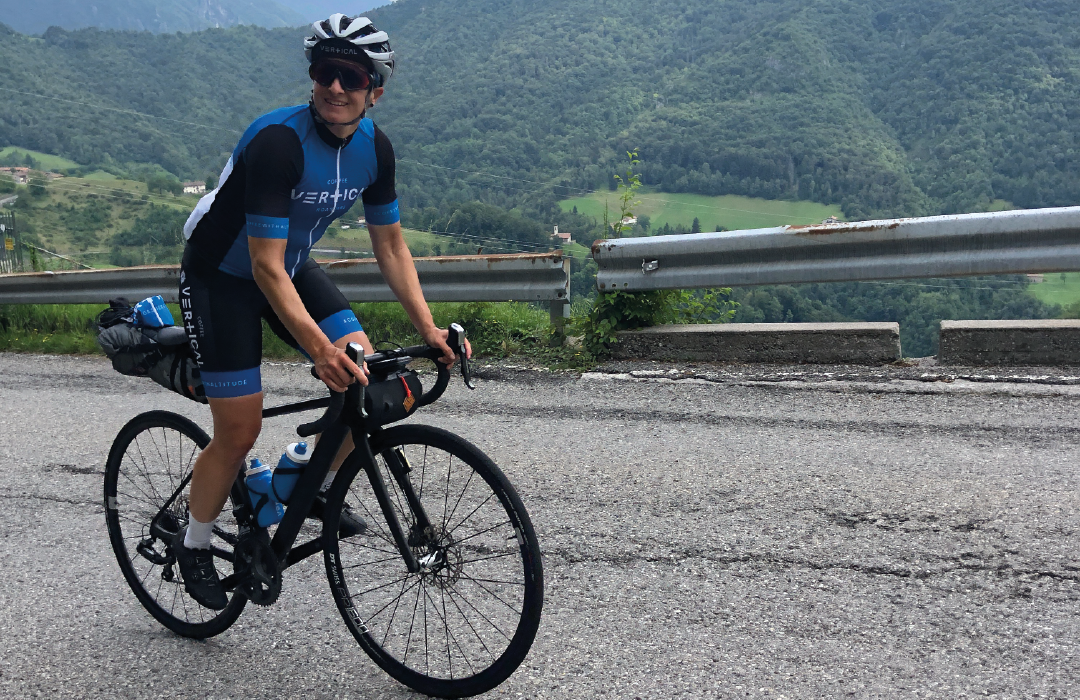 Discover the history of vertical coffee > 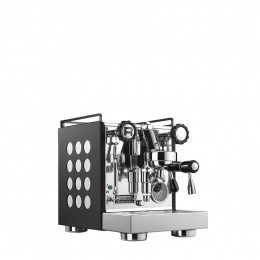 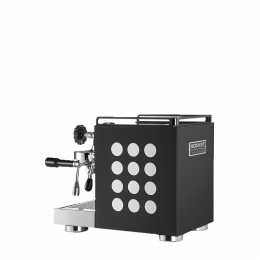 You may unsubscribe at any moment. For that purpose, please find our contact info in the legal notice.

EXPRESS CUSTOMER SERVICE
We answer your questions Monday to Friday from 9 a.m. to 5 p.m.